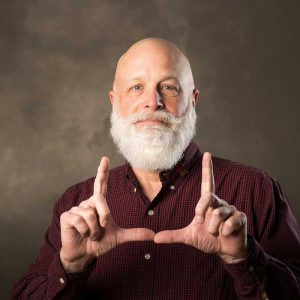 An alumnus of the U, Paul is the son of a Sailor, brother to two Marines, and father of a Marine. He retired from the Marine Corps after serving more than 20 years in the enlisted and officer ranks. As a “CommO,” he served in multiple Communications and Information Systems billets, as well as other assignments such as Aide de Camp, Recruiting Operations Officer, Commanding Officer, and Leadership Instructor at the Marine Corps University. After retiring, he worked as a defense contractor, middle school Algebra teacher, and senior administrator at a small private university. Paul earned a B.S. in Psychology from the U, an M.Ed. in Educational Psychology from the University of Virginia, and a Ph.D. in Strategic Leadership from James Madison University. Paul is married with three children and two big dogs. 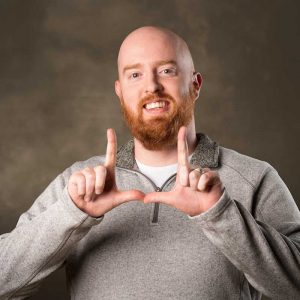 Matt was born and raised in Oklahoma. He opted to join the Army upon completing high school and enlisted as a Cavalry Scout. Being stationed at Fort Carson, Colorado and completing two deployments between 2007-2011, Matt decided it was time to try his hand at using the GI Bill and earned a BA in History from California State University San Marcos. He then spent the next few years in defense contracting where he primarily trained Army Reserve soldiers in preparation for upcoming deployments. He seeks to help coordinate events for Veterans to increase their academic and professional opportunities. 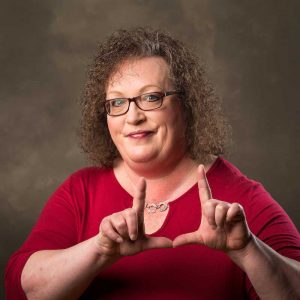 Angela, the daughter of a WWII veteran, was born in Virginia and raised in Michigan. She moved to Utah, with her son, to begin working at the University of Utah with the National Center for Veterans Studies on February 1, 2019 and has now joined the VSC team as of July 1, 2020.  As a non-traditional student, Angela earned a BS in Business Administration – Management from Emory & Henry College and a MBA in Management and Leadership from Milligan College.  She brings with her many years of administrative experience within the academic arena with faculty, staff, and students which also includes experience working with veterans as well as active duty military.  Angela is an action movie connoisseur who also enjoys playing traditional board games, cooking, and singing (in her car or even karaoke).

Crystal is an Indiana native, but don’t ever call her a Hoosier! She graduated from Purdue University with a Bachelor of Science in Human Services, and from Slippery Rock University with a Master’s in Student Affairs in Higher Education. Crystal loves all things nerdy, including video games, board games, and many shows and movies. Crystal is also an avid animal lover and has two cats. She is a Career Coach who provides student veterans with assistance in employment and further education, including cover letters, resume reviews, career exploration, job searches, internships, and graduate schools.

Jason is a Utah native. He has a BS in Psychology from Utah State University along with a Masters in Vocational Rehabilitation Counseling from Utah State University.  He has worked for the VA for 12 years as a Vocational Rehabilitation counselor.  He started out working in Colorado Springs, Colorado and transferred to Salt Lake City in 2013.  Jason is married and has four children.  His father was a Veteran of the US Air Force in WWII.   He comes to us as part of the Vets Success on Campus program sponsored by VA.  He is available to provide guidance and support to student Veterans using VA educational benefits.

Aaron was born in northern California. Although his family moved quite a bit during his early years, in part due to his father’s service in the Navy, he grew up primarily in Virginia Beach, Virginia.  He attended Brigham Young University as an undergraduate majoring in psychology and minoring in Spanish. He speaks Spanish fluently and has had the opportunity to live in two Spanish speaking countries. He completed his master’s and doctorate degrees in clinical psychology at Utah State University. He has experience working in a wide variety of clinical settings including the VA hospital.  He is excited to serve veterans at the U by providing counseling and facilitating access to VA health programs.  He enjoys exercise, playing soccer and basketball, both listening to and playing music, and reading.

The VSC also hosts the Registrar’s School Certifying Officers, who certify the enrollment and changes in enrollment for students eligible for VA educational benefits at the U.  They can be reached at vetservices@sa.utah.edu or 801-581-6945.